Today on the blog I have my comparisons for the Naturel 5 set that Zoya did for winter/spring transition 2022.

I didnt quite mean to take such a long break from my blog but personal life got a little tricky with illnesses for both myself and my hubs we're both doing better now.  I am hoping to get back into finishing the greens though!

Its overcast today, as with all my swatches, no colour correction, taken in natural day light and the new polish is always first left.

This set consists of 5 polishes and a lipgloss called Sweet Tart, I actually managed to grab the fancy box that included the lipgloss. The set are all cream finishes.

Continues below, we have a lot of photos! Including Ellie and my wearing of Sutton. 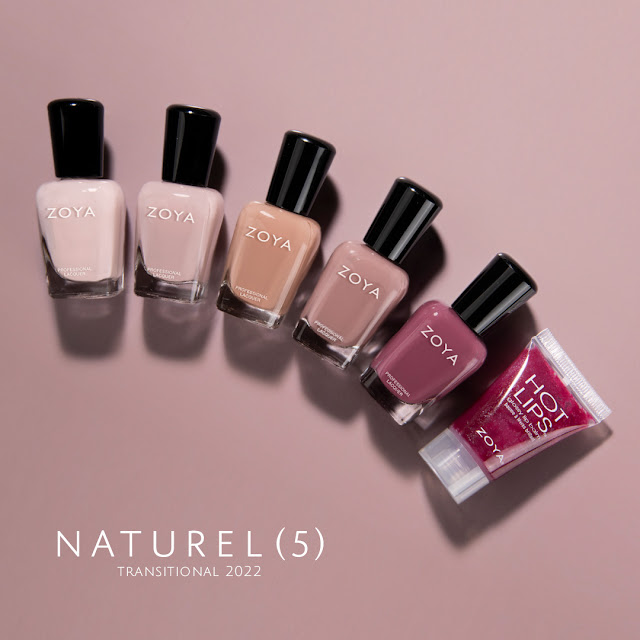 The box set is really well presented, the lipgloss is very nice, its not mega sticky which I am glad about, I use it at night and it stays well on the lips. Smells like a vintage sweet like wine gums to me. 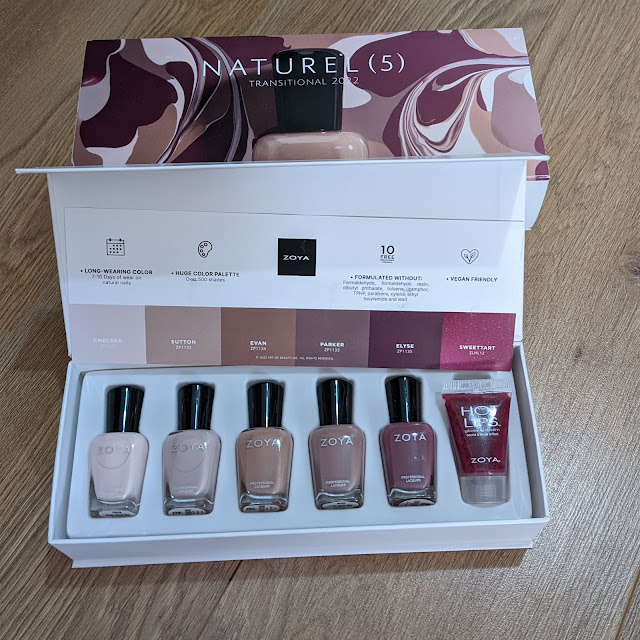 First up - Chelsea can best be described as a powdered blush cream.
Left to right Chelsea, Ana, Evelyn, no dupes, Chelsea has a orange/brown undertone compared to the other two, Ana is a satin finish. 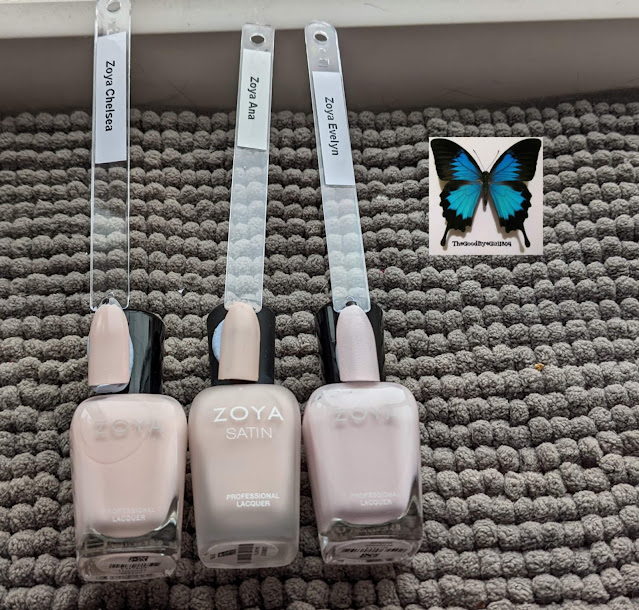 Sutton can best be described as a muted pinky-nude cream.
Left to right Sutton, Ana, April and Chelsea, no dupes, Sutton has a pinker undertone. April has more brown than Sutton. 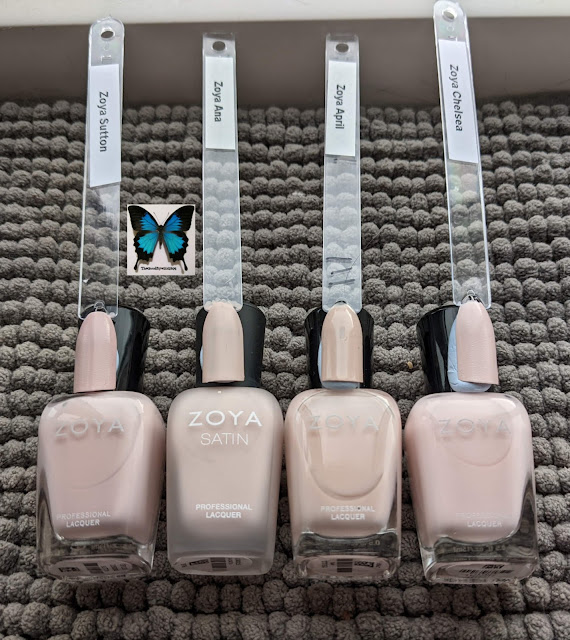 Evan can best be described as a softened saddle cream.
Left to right Evan, Uli and Jack, no dupes, in the bottle Evan and Uli look very similar but on the swatch you can see the slightly darker brown undertone to Evan, while Uli almost looks orange, Uli is discontinued. 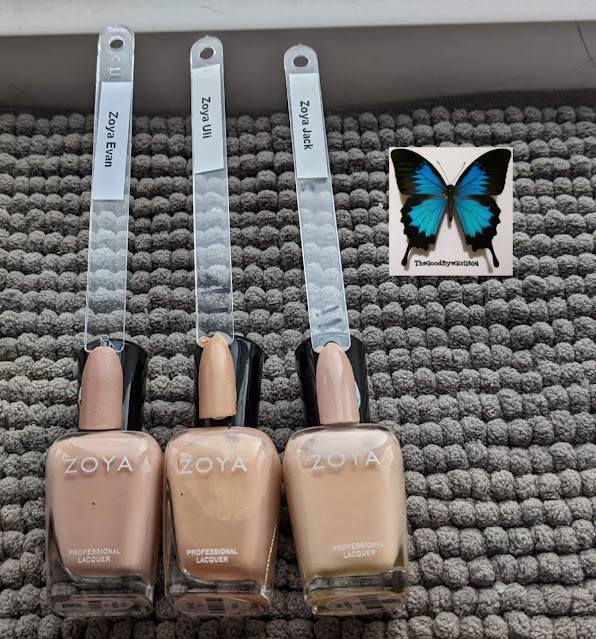 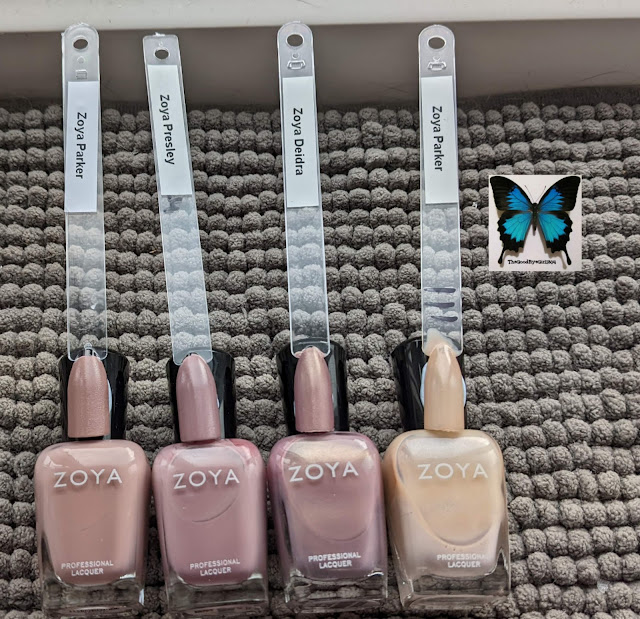 Elyse can best be described as a gentle aubergine cream.
Left to right, Elyse, Joni, Teresa and Marnie, no dupes Elyse has more brown than Joni, Teresa has more pink and Marnie is darker. 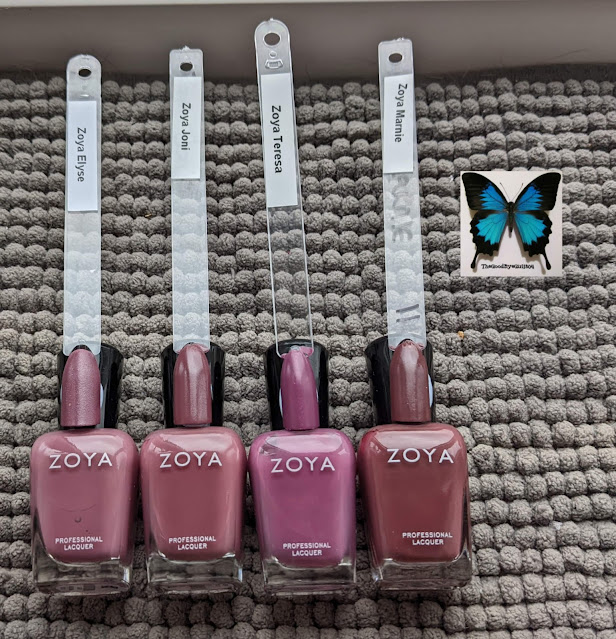 Zoya have been naughty and reused a couple of names again, below are the original versions of Chelsea on the left and Parker on the right, both sadly discontinued. 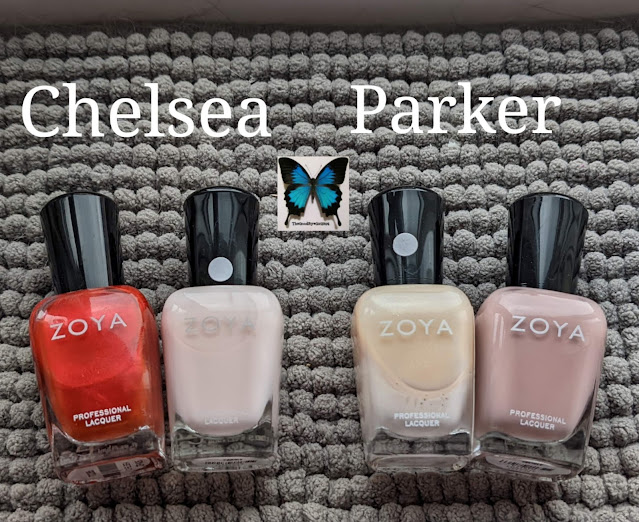 Stamping test, everything stamped but likely Chelsea and Sutton would be best over a slightly darker base. 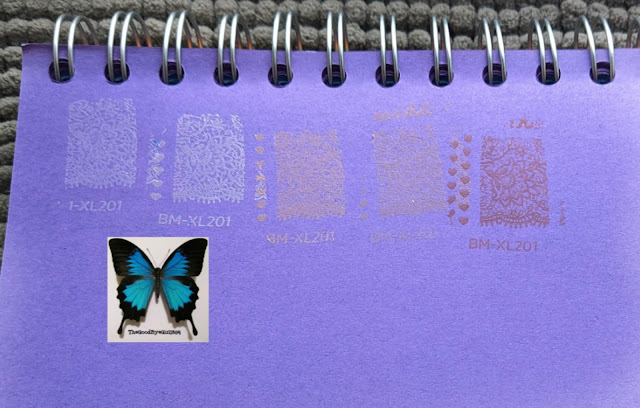 Ellie has been her usual crazy self, these are from this mornings sunbathing! 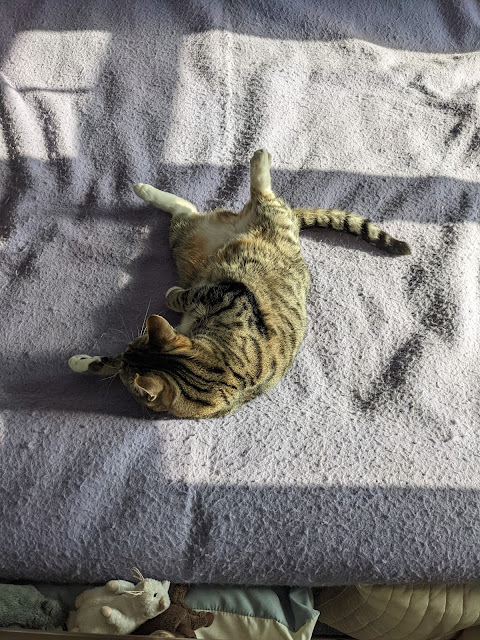 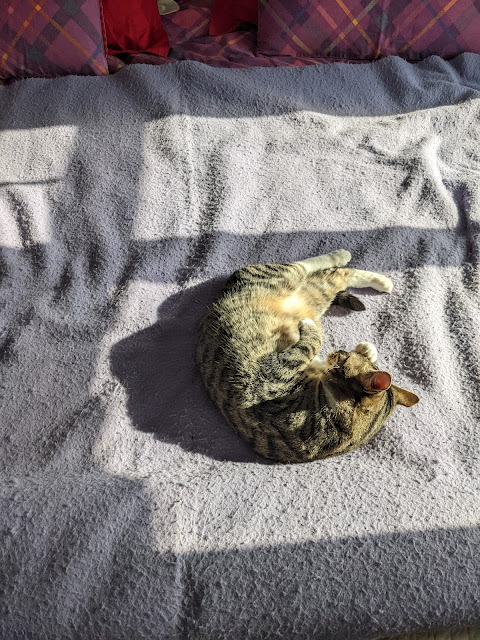 I've worn Sutton first, great formula, no running or pooling, opaque in two coats, dries super shiny, I added matte topcoat, I also switched to the Z wide brush for Sutton and Chelsea.
Thats the comparisons, did I miss one you wanted to see? Let me know in the comments! I will be picking up the new Abundance collection when it reaches the UK. 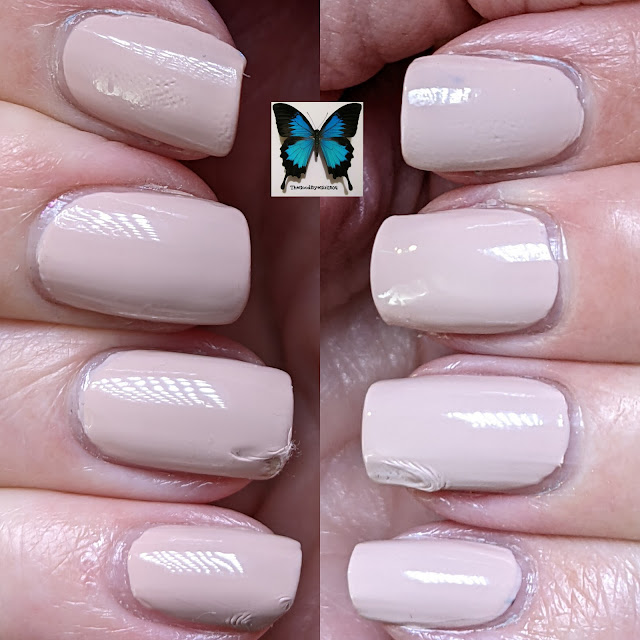 Yes I did fix the smudges before adding matt topcoat. 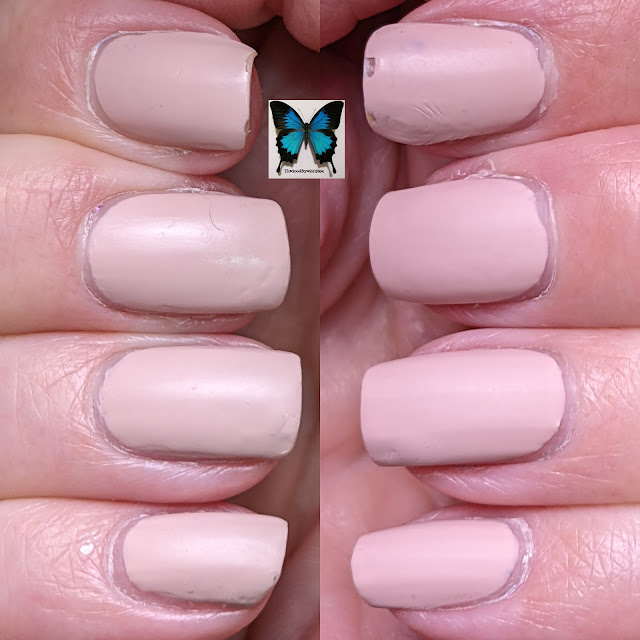 A Zoya A Day - Dominique and Sophia 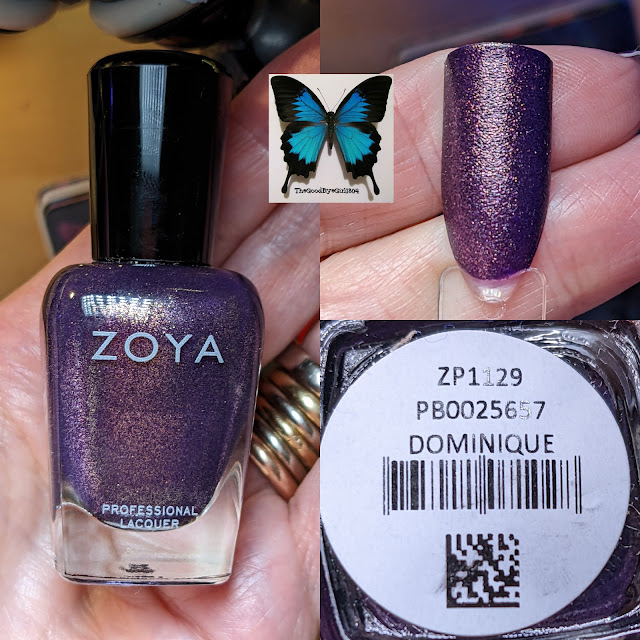