Today on the blog I have the stunning Kristen, last weekend we meet up with some friends from the USA and I made a new friend called Kristen so I had to see if Zoya had a polish with her name on and they did!

The Feel collection was a winter collection of six polishes and I also own Carey and Megan from this set, Megan is a light lavender with a grey undertone and Carey is a grey with a blue undertone, Dove is similar to Carey but without the blue undertone.

Zoya's description of Kristen can be best described as a gull grey nail polish with a mild bluish hue, now I would not say that Kristen has a gull grey undertone, I put this polish up against Lake and its more a sky blue, gull grey to me is a darker med toned grey like August.

The polish was the perfect formula, opaque in two coats and I think in time it could be a one coater.

I then decided the mani needed a little something extra so I grabbed my Clear Jelly Stamper and their plate CJS LC19 which is a mandala plate and added a little flourish to my nails, I used Zoya Blake which tamps like a dream. 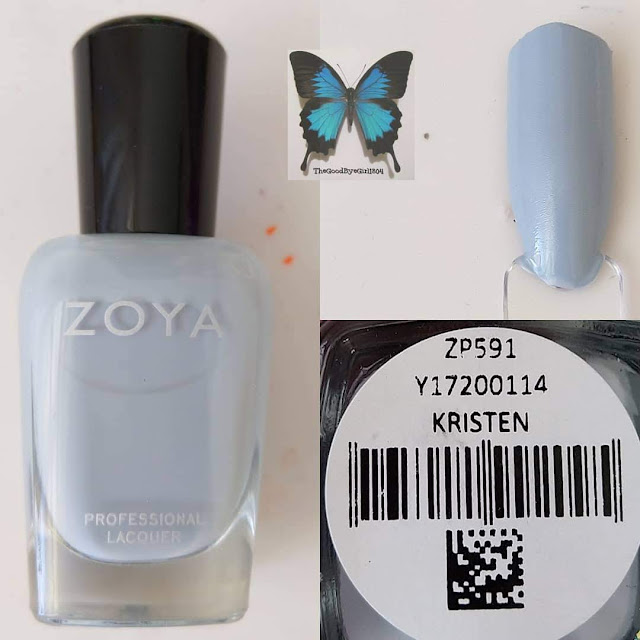 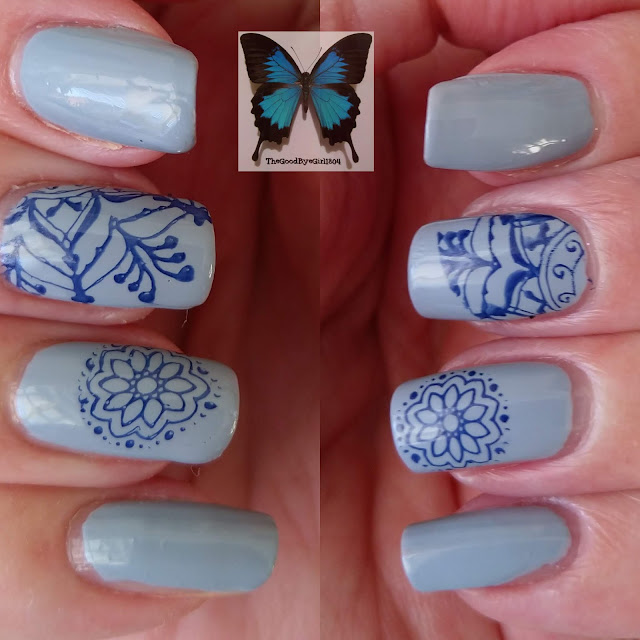 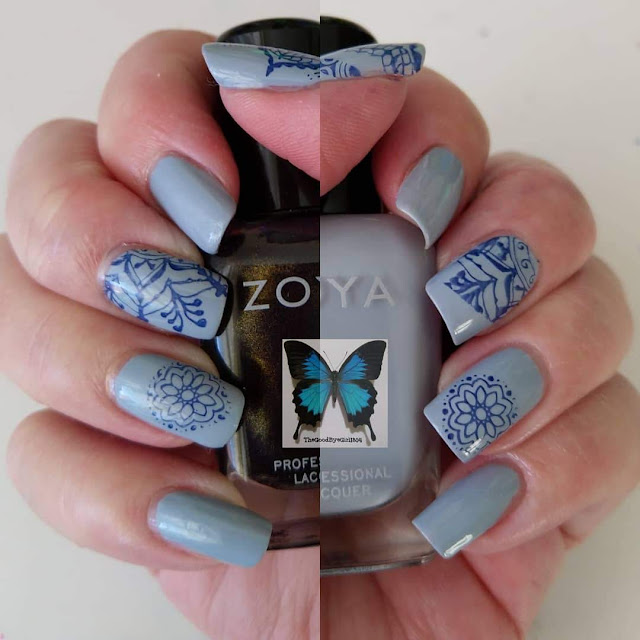 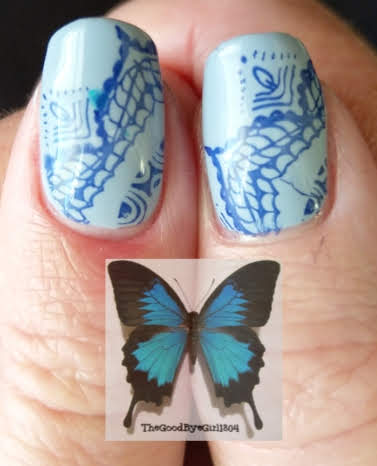 A Zoya A Day - Maren and Sia 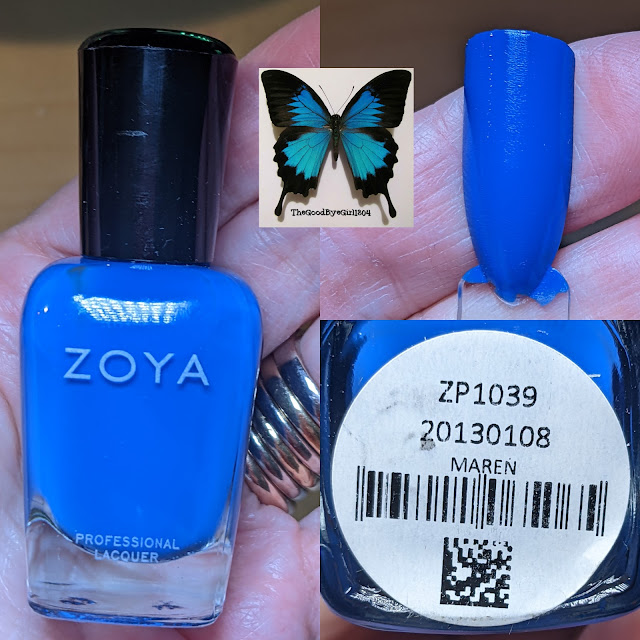