Zoya Colour Comparisons for Innocence Spring 2019 and 4 Random polishes I Picked up.

Sorry for being away for a while, my migraines where really kicking my ass, I had my botox appointment on the 12th March and have now managed to go a few days without a migraine, so hoping that continues.

Theres going to be a lot of pictures so keep going down. All pictures where taken in natural light with the comparison polish always first left in the bottle shots and top in the swatch sticks, also please do excuse the cat fur! I was using Rosie's window blankie as a back drop.

First up Theo from the Innocence collection, Theo is described as a summer thunder storm, yip thats accurate, I dont have anything similar to this in my Zoya's as they've never done anything like this before. 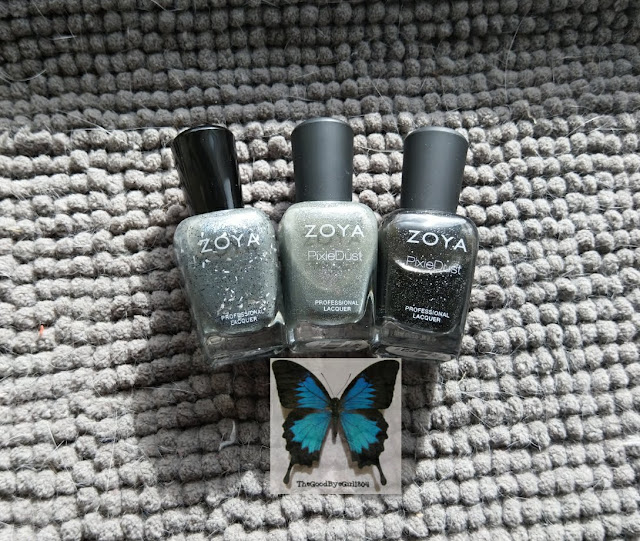 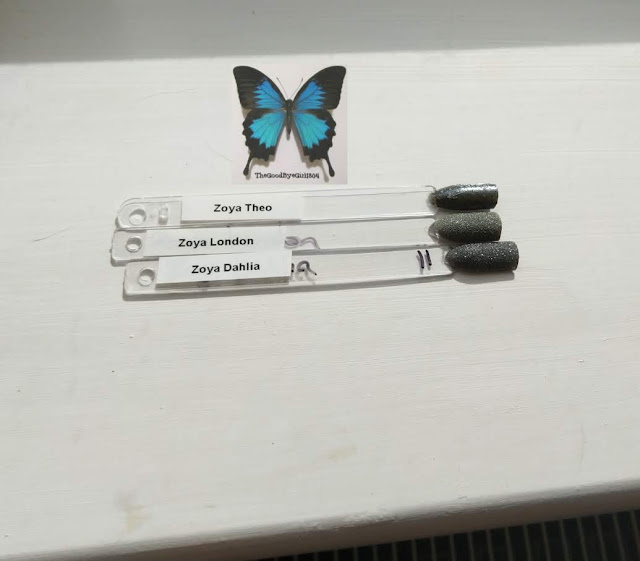 No dupes here, Fern has that gold shimmer and a touch more blue than Sage, Evvie much darker and Ireland with a large amount of yellow. 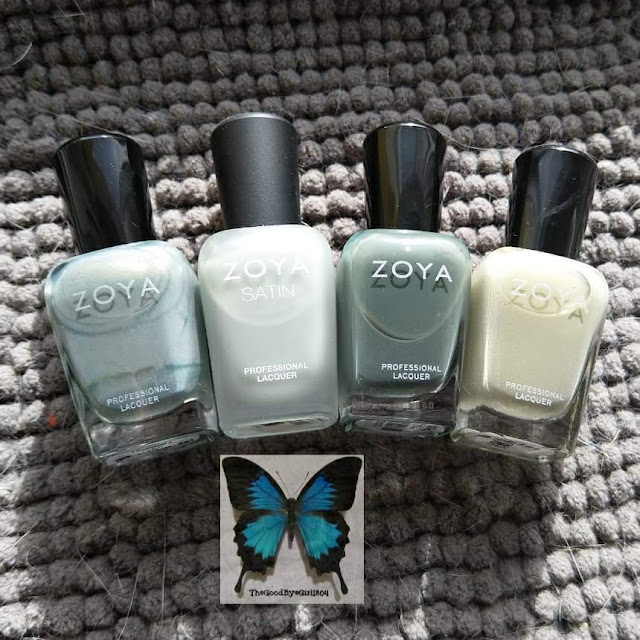 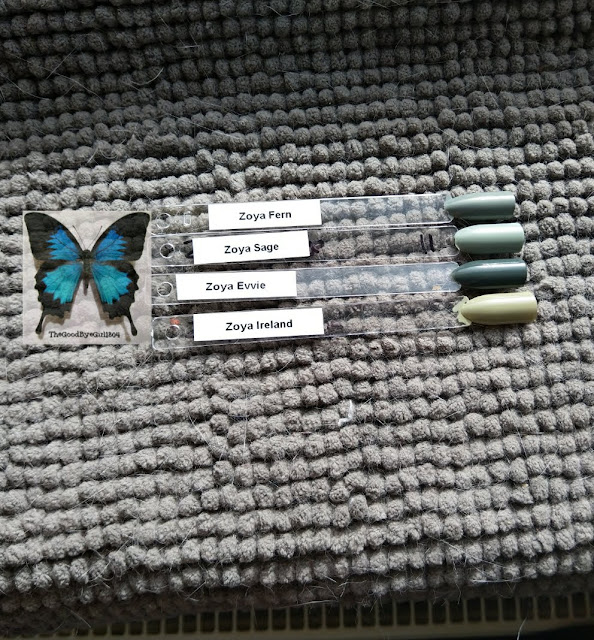 No dupes here, the bottle I thought Aire was close to Jo but you can see the swatches are totally different, with Aire being much darker than Jo and Danielle showing that Aire has some green in there, Saint is way brighter than all of these with that pink shimmer. 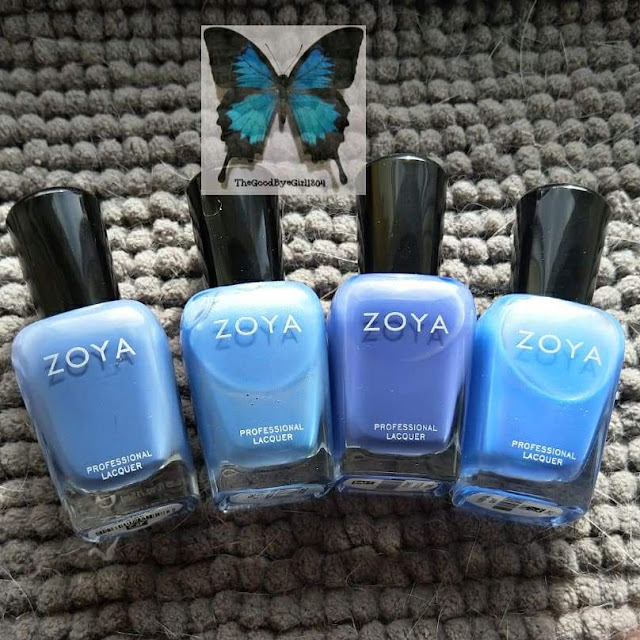 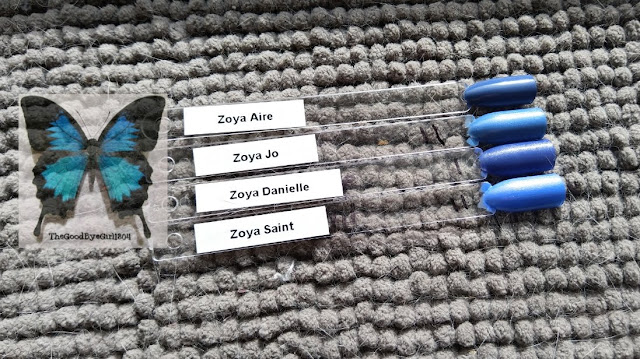 No dupes, this would make the perfect gradient mani though as they are all just a hair lighter than each other. 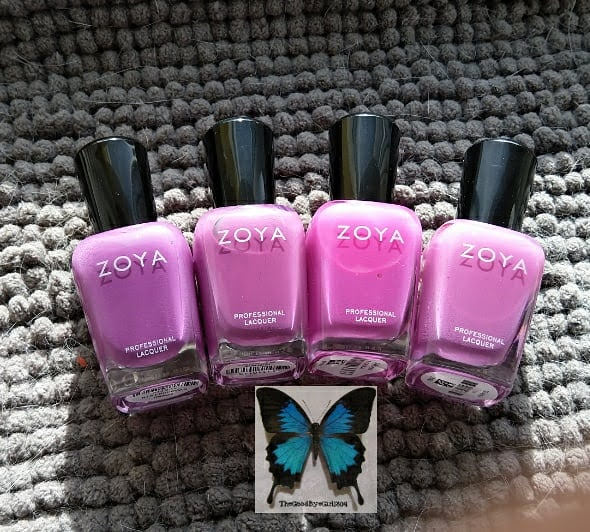 Cadence and Everly are the new winter holos they released, I didnt have another like them so I did colour comparisons only, I chose Reece and Kiki, Reece has gorgeous gold shimmer while Kiki has blue shimmer both opaque in 2 sweet coats. 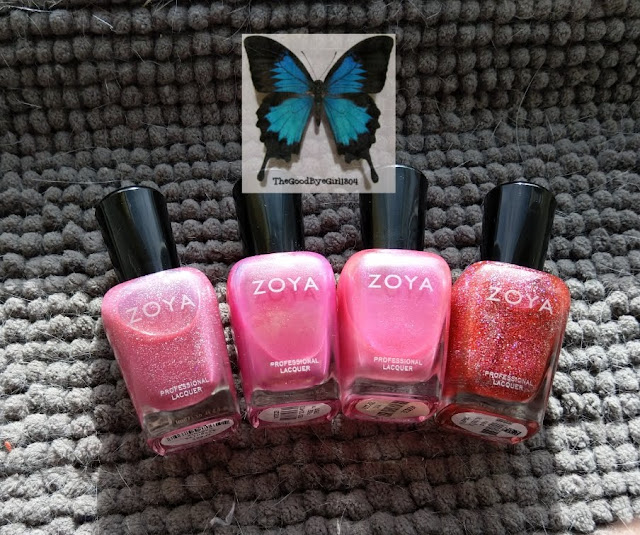 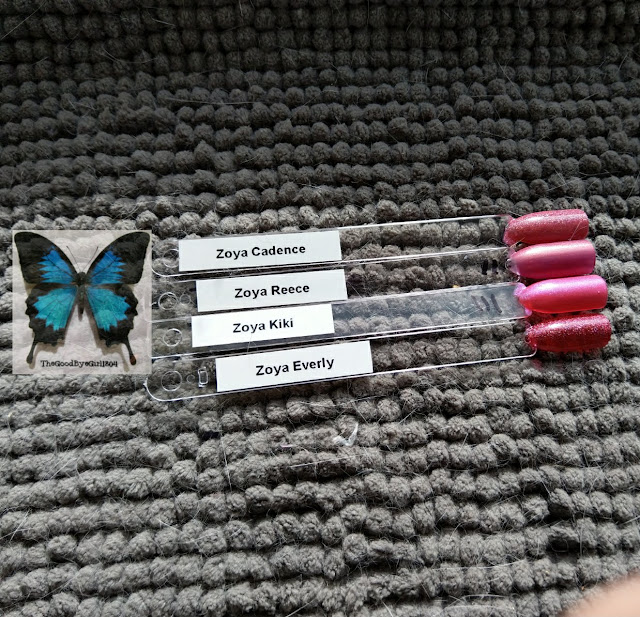 No dupes, Tabitha while a similar base colour has that golden shimmer, Evvie has a really grey undertone and Danica and a really blue undertone, Ency is going to look black in most lights but I wore her for St Patricks day and she was stunning. 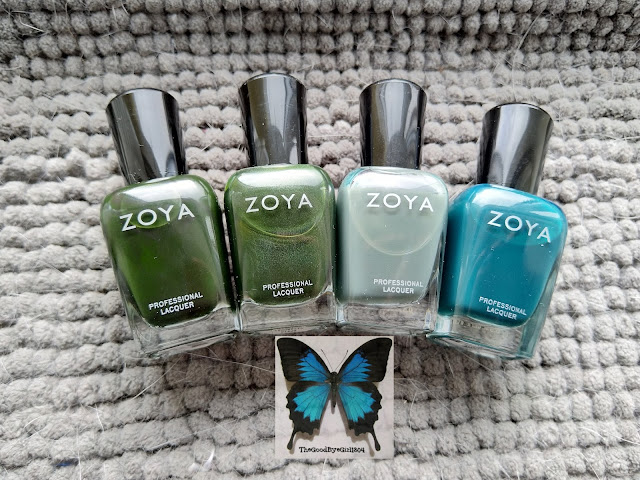 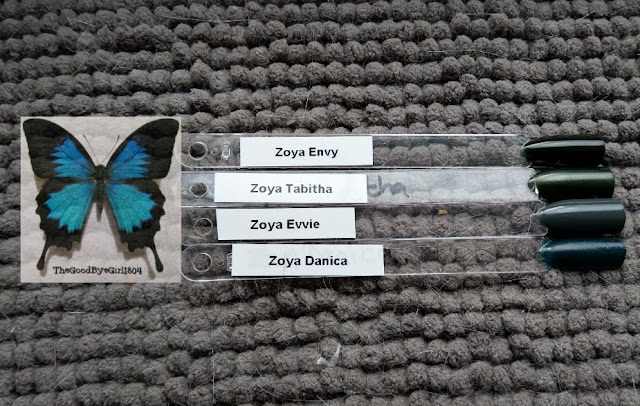 No dupes, in the bottle Birch and Megan looked very similar but when you put the swatches together you can see how grey Megan pulls compared to Birch, Vickie is also very grey leaning and Abby is way brighter and lighter than them all. 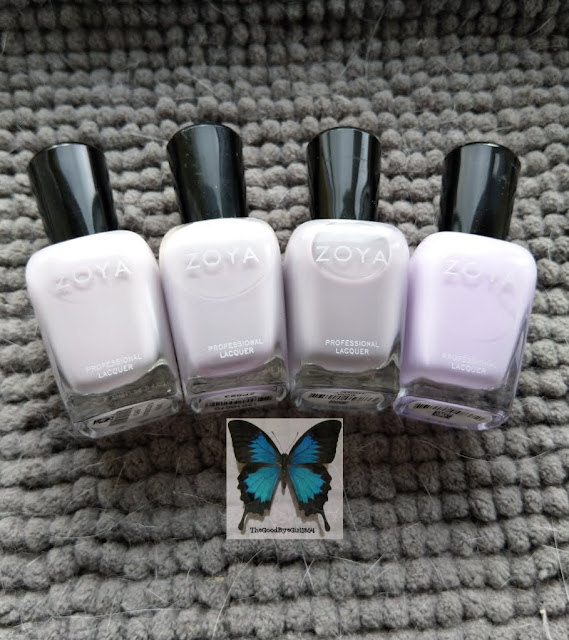 No dupes, this was another were I was sure Agnes would be a dupe of April but no once on the swatch stick you can see that April has a peachy undertone to Agnes and Ana is lighter, Rue is a classic Zoya shade and shes much deeper pink than the others. 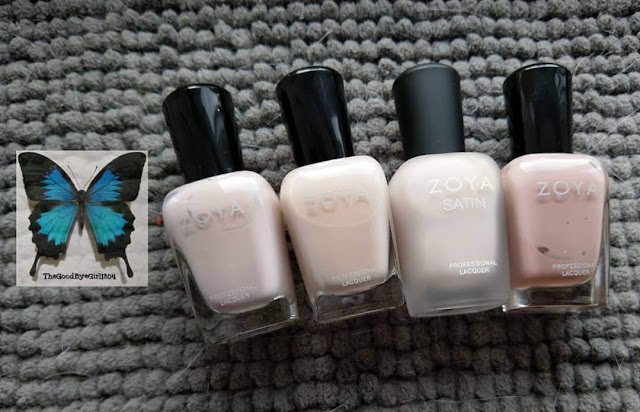 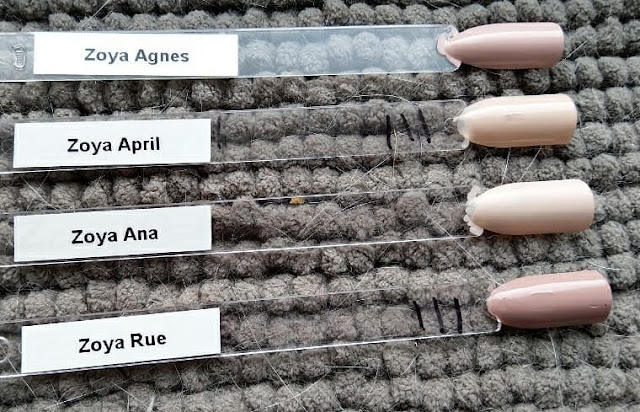 No dupes, Grace and Scarlett are the closest but not dupes as Grace has a peachy undertone and Scarlett has a pinkie undertone, Leigh is much deeper in colour and Lulu is a very pale peachy orange. 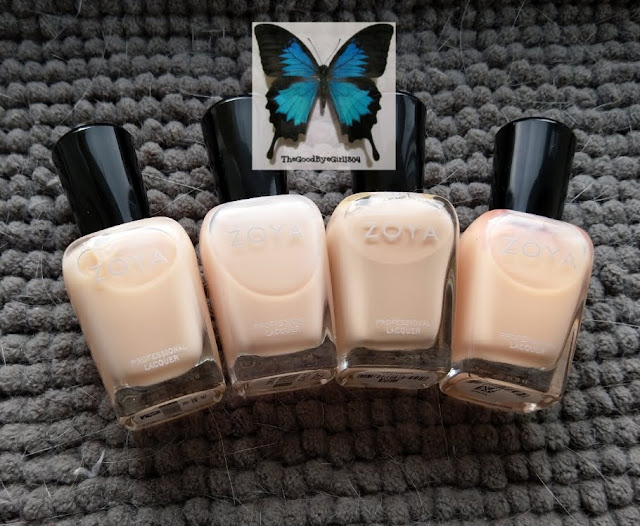 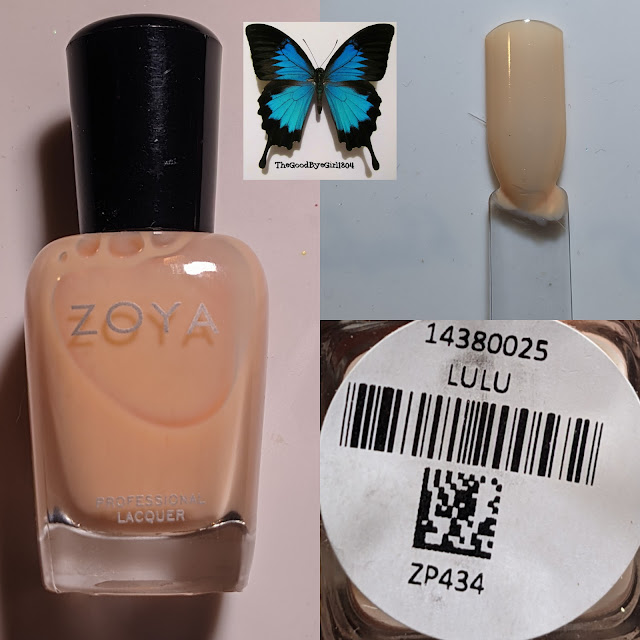